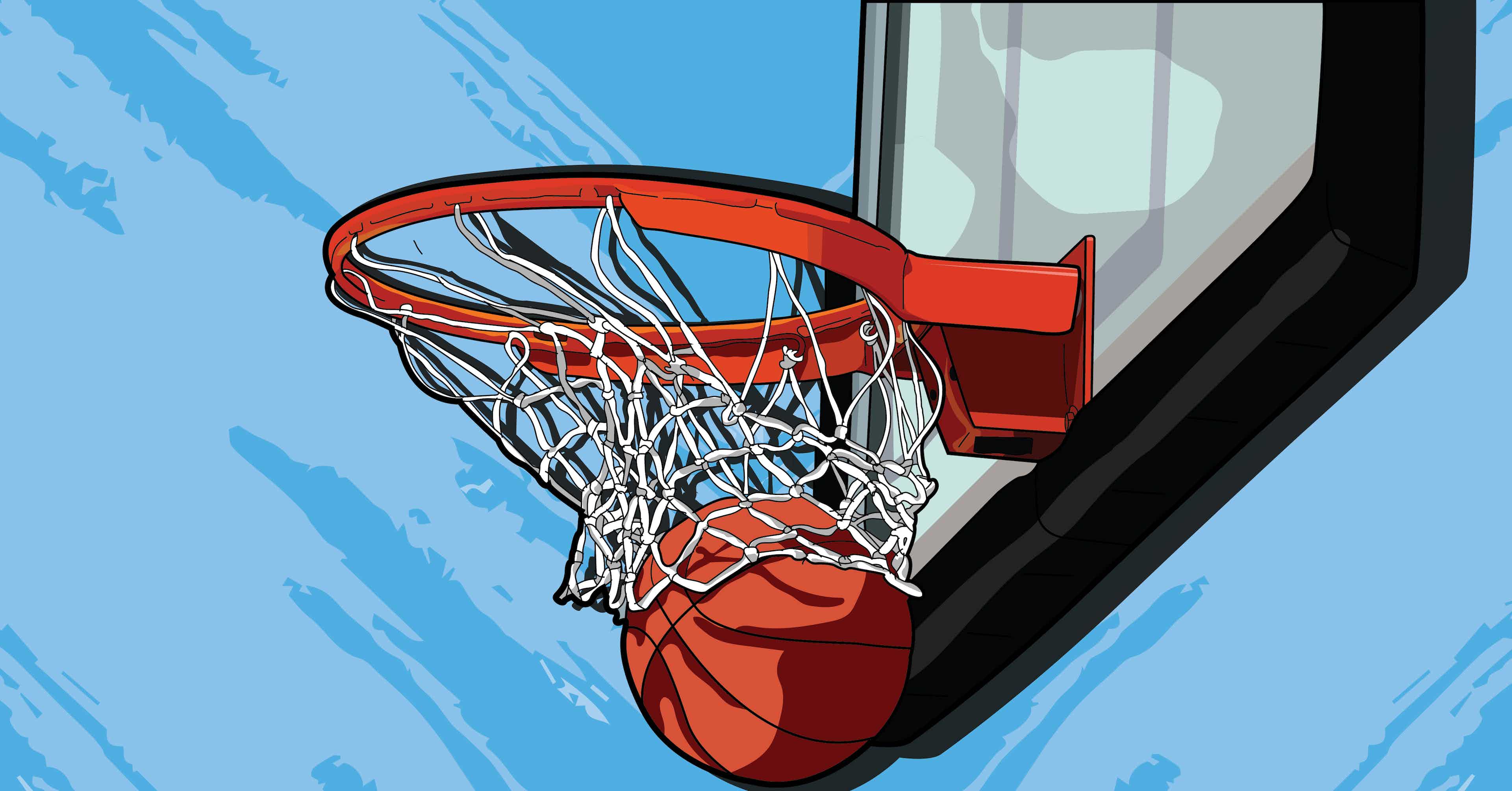 Today we’re going to help you discover fun women’s hoop groups and women’s pickup basketball leagues by state for young adult females. From Renee’s Runs in ATL to Hoop York City in NYC, find a place and a squad to ball out and improve your game while having fun. Many of the runs are weekly on either week nights or weekends, meaning most young professionals will be able to fit these into packed schedules – no excuses! Find a group that’s great for you and get in a good work out, which will help you mentally and physically to be your best you.

These women’s hoop groups are across the nation, and organized alphabetically first by state, then by group name. Many of them are free or less than $10, and most are for women ages 18 and older. Many are also LGBTQIA friendly. If you don’t see a group in your area and would be interested in joining a group, submit your information here, and we’ll contact you if there’s enough interest in your area to set one up.

While you’re here – get equipped to work on your craft and do runs Wilson’s Evo NXT Game Basketball. Or check out the first eco-friendly women’s basketball!

1. All In Ball Women’s League – California

A performance training group created by Olin Simplis in California. Their Instagram page brings awareness to the women’s game, and Olin brings women in his training program, such as Marina Mabrey, together to play.

3. Pick Her Up Ball – California

A recreational women’s league in Oakland, California, that offers weekly pickup as well on Sundays 10am to noon. The sign up form is posted on their Instagram every Sunday at 5pm. And you get an email by Thursday midday to confirm your placement.

A recreational women’s league in San Diego, California that also serves as a community platform. Plus, they provide women the tools needed to transition their game to the professional level. They host an open gym every Wednesday from 7pm to 9pm at The Spring Valley Gymnasium.

This is a fun indoor recreational women’s league in Santa Monica with games held on Sunday nights. All games take place at Memorial Park Recreation Center. Each team plays 10 regular season games, followed by a single-elimination playoff. You’re also able to sign-up as a free agent, or with a team. The league runs from March through May. Here’s the sign up form.

An all women’s basketball community based in Los Angeles dedicated to providing a safe space to play with like-minded women, and create meaningful connections through sport and fitness. All identifying women at any age and skill level are welcome! They play outdoor games in Culver City at Veterans Memorial Park at 6PM on Tuesdays and Thursdays. Learn more and join up here.

7. This Is Her Game – California

A women’s recreational league and skills development group, mostly ages 6 to 10. They also have Sunday runs. And just recently launched the first ever women’s volleyball and basketball open gym on Sundays: Sunday Runday Summer 2021, for female athletes from college to pro.

A subsidy of the Drew League in California, Women’s Drew is a league that brings together women through basketball for a cause. Games are held at Charles Drew Middle School in Los Angeles. Breanna Stewart has even been in the house.

Recreational basketball league for female players of all levels ages 18 and older. Informal pickup games are played every week with teams divided each week depending on who shows up to play. Bring your friends and check them out for a good workout and a fun time on the court!

Margarita Rosario, known as “Coach Maggie”, is an Elite Basketball Skills Trainer that mainly specializes in a player’s skill development, and hosts College Elite Runs as well as Women’s Private Runs. Several college hoopers that come down to Miami to train throughout the summer unite and compete on the weekends. Summer time is the best time to get these runs in besides training, and the runs happen on Saturday afternoons. Spots are limited therefore you must reserve yours.

A South Florida women’s basketball club that hosts open gym, recreational games “where women come to stay in the game.” Open runs are on Sundays from 4pm-7pm in Boca Raton YMCA. Women ages 20+ are welcome. Register for SHE Runs Open Gym here.

Hoop Nation ATL presents Renee’s runs, named for Renee Montgomery, an all women’s pick up league exclusively at Hoop Nation ATL every Monday and Thursday 8-10pm. All female hoopers can sign up at here, and check for your invitation as these events are invite only, even if you’re just going to watch.

Monthly event for women to gather and practice in the Chicago Area. Check out sessions where Coach Deja Jackson leads drills, or join in the women’s open gym night created by teaming up with the Rauner Family YMCA. If you’d like to join them just DM them for details.

Women’s Sports Chicago is Chicago’s premiere organization for quality women’s recreational sports. They provide options for women of all skill levels, ranging from beginner to advanced. And they host a women’s summer basketball league and recreational pick up.

BBL is a league with teams and competitions in Los Angeles, Puerto Rico, and New York. A former streetball legend by the name of “Hollywizzle”, Jude Thomas, created The Basketball Beauties League, a platform for women who played basketball in college and/or professionally from different walks of life to educate and assist others through their selected fields. Their summer hoops league begins July 18th, and summer hoops women’s open runs go from 6pm-9pm at the General Grant Sports Center in Chatsworth California.

Part of the ladies 1st sports division, this league was designed to provide women the opportunity to compete against each other and gain exposure to the game at a high level of competition. Established in 2018 by Shajaunna M. Jordan, not only do they provide women with the opportunity to play sports, they also have girls basketball clubs attached to our women’s professional teams.

Founded by Malika Murphy IV, this is a recreational women’s league in Las Vegas, Nevada and Chandler, Arizona that also hosts open sessions.

Originally formed in 2004 as the Women’s Blue Chip Basketball League, the organization rebranded in 2019 as the Women’s Basketball Development Association. Today it’s a women’s basketball development league that helps aid the transition between college and professional play. “She Shoots, She Scores” is their community outreach initiative to promote health, wellness, education, and youth development across the country.

An east coast women’s basketball league, leading the industry as the second most popular league next to the WNBA. The WPBA was founded to provide high-level paying opportunities to high-caliber,  high-profile players who have a passion for giving back to their communities and who are dedicated to empowering young girls through all sports.

A Las-Vegas based women’s basketball community featuring weekly pick up. This is the only recreational based adult women’s basketball league in Las Vegas, and is for the active woman who still loves to play the game in a friendly competitive atmosphere.

Hoop York City is a women’s basketball community founded by Alex Taylor in 2018, with a mission to close the gender play gap by creating more opportunities for women in NYC to hoop, connect and community-build. If you want to hoop with them for their open runs, just send them a message, and you’ll be put on their email list to get notifications when a new pickup run is posted. Their level of play is intermediate to advanced, however, they welcome confident beginners with the appropriate gear. This season they’re playing outdoors in Brooklyn on Wednesday nights.

A non-profit basketball community that gathers women of all ages to play basketball in NYC on the upper westside. They host a Weekly Open Gym, which is great if you enjoy competitive full court 5v5 competition. The skill level ranges from High School to Semipro and teams are distributed evenly to ensure competitive games.​ They also offer informative sessions through Friday Night Hoopy Hours bringing in founders of basketball focused businesses for discussion. They often play at the Goat Basketball Courts.

The women’s division of the LGBTQIA Basketball League in NYC with three divisions and two seasons each year. Their First Open Gym of the summer was at The Post BK (in collaboration with the New York Knicks) on June 13th, from 12-4:00 PM and was a free event.

Founded in 1994, this is a women’s league in Boston serving primarily the LGBTQIA community. It’s a league dedicated to competition and sportsmanship. Each year, new and returning players from diverse backgrounds join to overcome obstacles, have fun, and build friendships. In addition, the BGBL hosts events with partner Boston non-profits who also advocate for social justice and historically oppressed communities. The Division 1 Basketball Program offers experienced basketball players a higher level of competitive play. The Division 2 Basketball Program is dedicated to developing all aspects of a player’s game and is designed to teach and develop fundamental basketball skills in a fun Team environment that promotes a friendly level of competent competition in a safe and instructional setting. Both are open to players who are 18+ years old.

The Philadelphia/Suburban Women’s Basketball League is a summer basketball program that has been serving the Philadelphia area since 1994, and is an NCAA sanctioned summer basketball program in Philly primarily serving the community in the off-season. The league provides the solid off-season environment for players to keep their skills sharp, and to add to their games. The PSWBL has many prestigious alumni, including Dawn Staley, a member of the Naismith Basketball Hall of Fame, and Elena Della Donne, the 2013 WNBA Rookie of the Year. Previously a Philadelphia Parks and Recreation program, it has been independently run since 2008, and calls the Kelly Bolish Gymnasium in Hatboro, PA. home. The league now boasts anywhere from 8 to 13 teams depending upon the year.

A recreational summer league in Philadelphia suburbs bringing together top talent in the area. Philadelphia is one of the absolute best basketball towns in the nation. Think Wilt, Dr. J, A.I., Dawn Staley, the Big 5, and the Palestra. You too can be a Philly hoops legend running the hardwood with PSL! Sign up with a team of friends and co-workers, with a small group and be kept on the same team, or by yourself and be placed on a team with other free agents.

An all women’s sports league in Austin, Texas that strives to be an organized, competitive, and inclusive league that encourages fitness and unity. Women of all skill levels from beginners to elite are welcome. There are three divisions based on skill level, and all three divisions play at Round Rock Sports Center (2400 Chisholm Trail, Round Rock, TX 78681) on Fridays from 7:00 p.m. – 10:00 p.m. New players need to attend at least one Rating Session. Please arrive 15 minutes early for new player sign up.

A Toronto-based, queer, pick-up community for women on Fridays from 7-9 pm at Bloor Collegiate Institute for $5. Sqwish is a weekly drop-in basketball open to anyone who wants to join. The first 30 minutes are for warming up and meeting each other. Then players divide into teams and play two side-by-side games of 4 on 4. If you’re new they ask you arrive by 7 to see the community guidelines.

Women’s hoop groups and women’s basketball leagues are a great way to get better at something you like to do while meeting new people and making friends. Have a group you love we left off the list or want your group to be featured? Drop us a note on Twitter.

Don’t let WNBA stories go untold. Would you be willing to send a $5 tip to our Venmo tip jar because it helps support our reporting? @megsterr.

Previous PostPlaya Society “We Are BG” Tee Sends A Message