How To Do the Speed Stop in Basketball 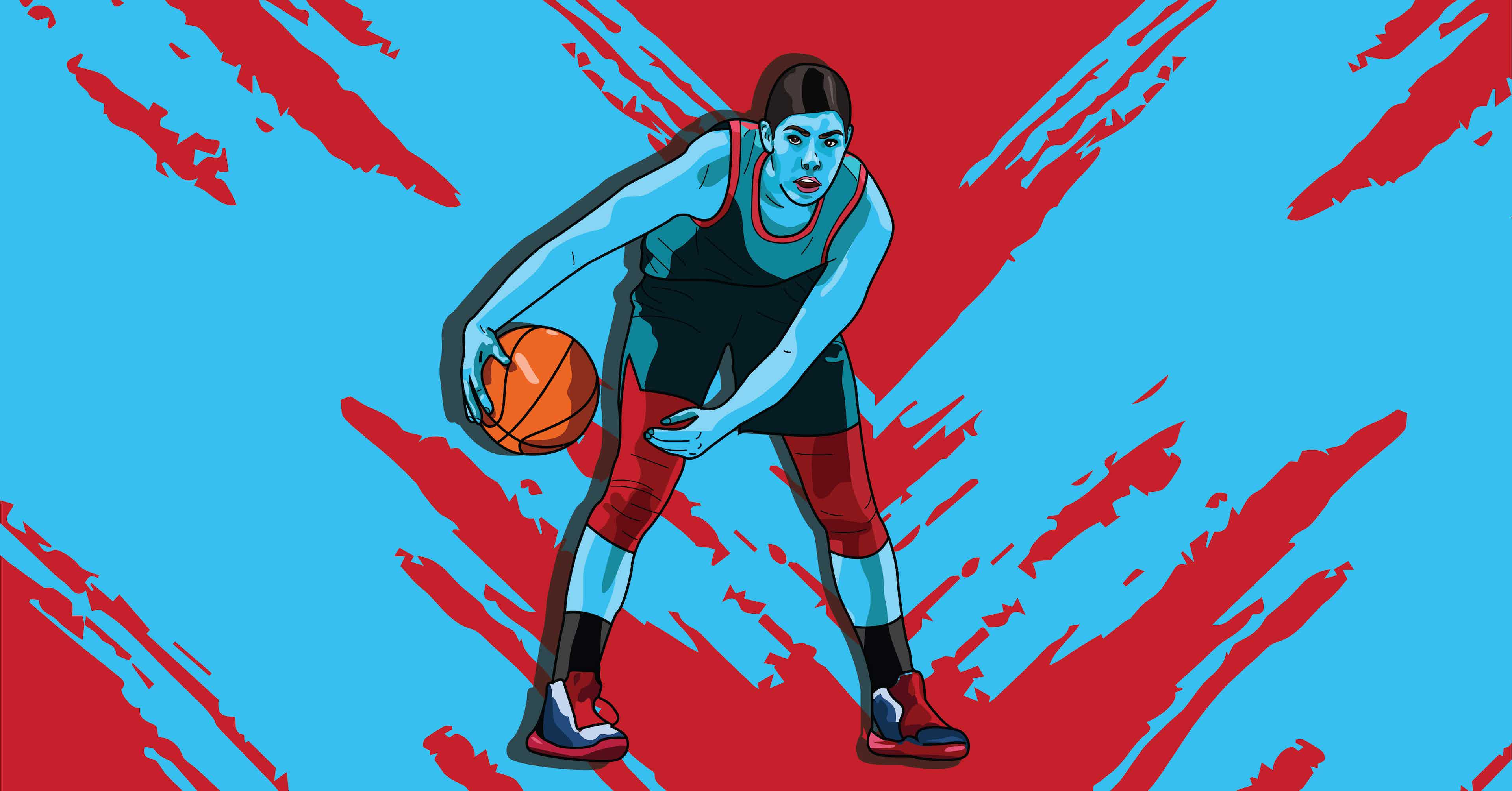 This move is an ankle breaker! It’s often used off a drive or when bringing the ball up the court, to create separation from your defender when they’re stuck to you like glue. So today we’ll take a look at how to do the speed stop in basketball. We’ll share some examples of NBA and WNBA players using this move to great impact. And we’ll reveal some fun drills to try to add this move to your bag. Let’s get after it!

The speed stop move in basketball is a technique used by players to change their speed quickly to a halt, thereby causing their defender to rush by them due to surprise and momentum. Basically when a player is dribbling, the player will suddenly stop running, planting one foot at a time, often times bringing the ball behind them in a crossover to help keep the ball under control with the sudden speed change. After the stop, they can quickly explode again to the basket, step back for a shot, or do any other combination of moves.

When’s the best time to use a speed stop move?

The best time to use this move is when your defender is on your hip as your dribbling. If you’re dribbling and you’ve got a jump on your defender – meaning they’re not catching up to you – there’s no need for using a speed stop, just keep going and finish at the glass. But if your defender is catching up to you – for example, you feel them against your shoulder or body, and it seems like they might even cut you off – you can use the speed stop to create space from them. The goal is to get that nice separation to give you space to get whatever you want.

How to do the speed stop in basketball

Here’s how to do a speed stop move in basketball step by step:

Practice doing this move starting with both hands, as it will give you more options to use on the court. Here’s NBA skills trainer Jordan Lawley demonstrating a speed stop into a step back shot:

As you can see, it can really be used anywhere on the court. Though it’s not quite as effective once you’re as deep as the blocks right under the basket – by the time you’re that low in the lane you might as well just go up into your layup or use a different counter such as a pump fake.

Now that you know how the move looks and when to use it, it’s time to get to work. Grab your best outdoor or indoor basketball and hit the court. (If you need a new ball, we recommend the Evolution – size 7 for men, 6 for women, 5 for kids.) Here are a few basketball drills that can help you practice the speed stop move:

1. Start and stop baseline to baseline

Start by dribbling the basketball from the baseline towards the opposite end of the court. At random places, do the speed stop. Maybe every time you see a crack in the ground or a rock if you’re on an outdoor court. After you’ve gotten comfortable with the motion, speed up your dribbling. Try the same thing going as fast as you possibly can. Then, do the same thing but mix up your speeds – sometimes dribble at 20% of your max speed, others at 80% and get into your speed stop out of all of those. Then complete the entire drill series again, but this time doing the speed stop with the ball in your non-dominant hand.

Start with a partner at the top of the three on a wing. Let’s say you have the ball. Have your partner right on your hip, on your inside side (the side without the ball). The play starts on your go. Whenever you want you can go try to get a bucket. The catch is that you have to use a speed stop somewhere along the way, or your basket doesn’t count. Play up to 3 points (all baskets are one point), using make it take it to switch off onto defense.

Now you’re going to do a similar drill but both players will start at half court on the right side. The offensive player will begin in the same position sprinters start a race in (imagine you’re in the blocks with your hands holding you up on the ground in front of you). Just bend over, holding the ball out in front of you, with the ball touching the ground. This forces the offense to get low on their initial drive at least. Defense will start slightly in front of their hip on their left side. Again, the play starts on the offense’s go. The catch is that you have to use a speed stop somewhere along the way, or your basket doesn’t count. Play up to 3 points (all baskets are one point), using make it take it to switch off onto defense. Do the same thing, but coming from the left side, with defense on the offensive player’s right inside hip.

Now you know how to do the speed stop in basketball

Add this move to your bag today, and keep practicing! Soon you’ll be the subject of a highlight reel. Up next, learn how to do a hesitation move, or check out footwork drills for guards and shooting drills for a quicker release.

Just In! Every Moment Counts Collection from Athletes UnlimitedNext Post