The Hesi Move in Basketball 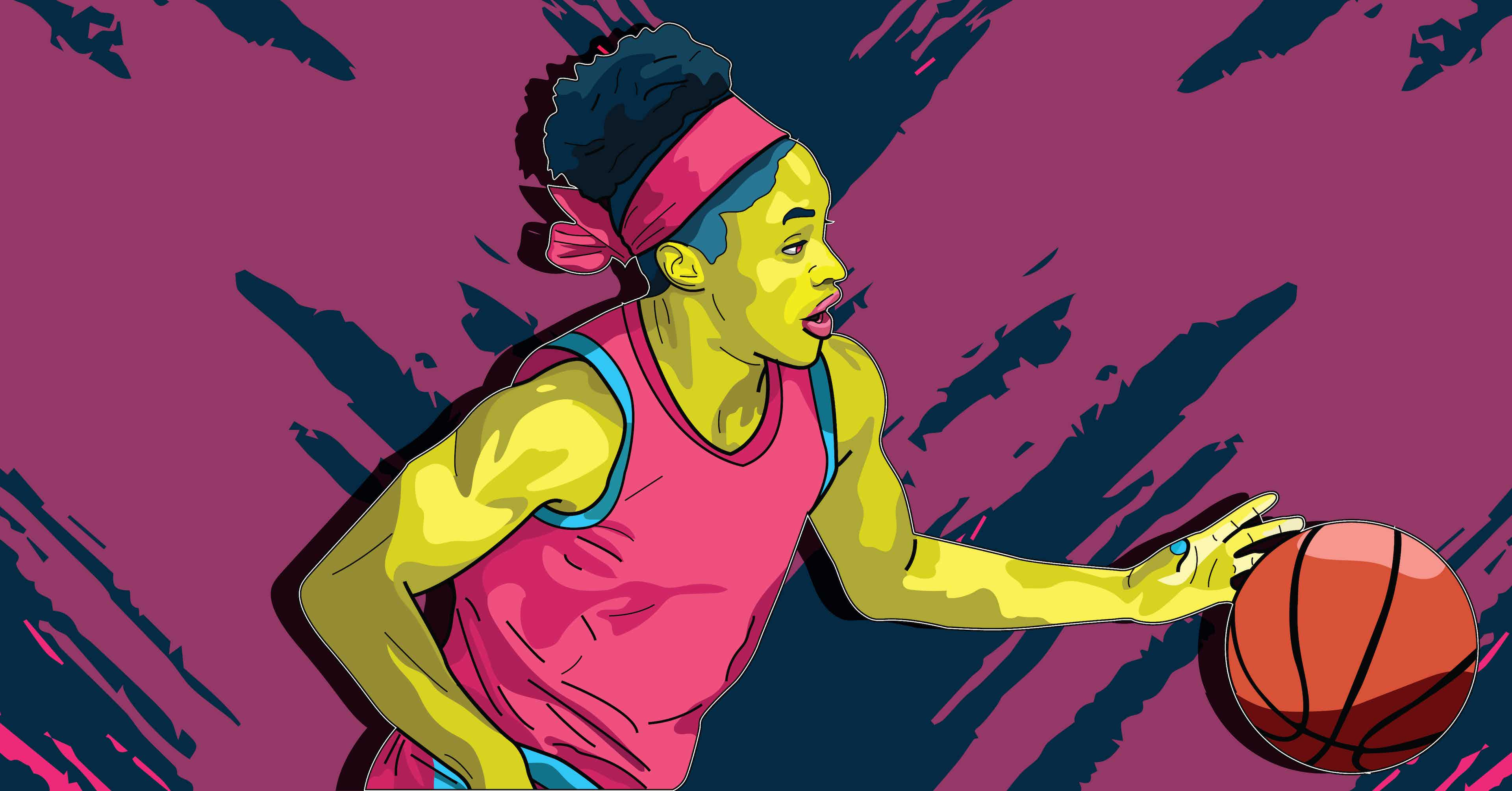 The hesi move in basketball is one of the most simple but unstoppable moves in the game. The idea is to be unpredictable by using a change of pace – a pause – in order to freeze your defender, giving you time to make your next read.

Sounds too good to be true doesn’t it? But if you’ve ever tried to pick up a pet bunny you know just how tricky a change of speed can be. Bunnies hop incredibly fast and in unpredictable patterns. Then they come to a full stop, and start again when you get close, just escaping your grasp. That’s what you’re doing with a hesi as a hooper!

By the way, if you need a ball, check out our partner Wilson’s cool basketballs, including our favorite the Evolution.

What is the hesi move?

The hesi move in basketball is a change of speed, and is short for hesitation. Basically it’s when a player is going more quickly, and then pauses for a beat, before resuming again. The pause is intended to trick the defender into thinking the player is slowing down, lulling the defense to sleep getting them to temporarily rise up out of their defensive stance, or bringing their momentum back to the player and away from the basket. This gives the offense an extra second to dribble past their defender or to get off a shot. It provides an edge.

How to do the hesitation move

Do the hesi when you’re on offense and dribbling the ball. You can’t hesi if you’ve just caught the ball because you’re already still. Here’s how to do it:

Here are a few different types of hesi moves you can add to your bag.

Situations to use the hesi in

You can use the hesi anytime you feel like you need some space from your defender. It’s surprising how well it works. It’s probably because of Newton’s first law of motion: an object at rest stays at rest, and an object in motion stays in motion with the same speed and in the same direction unless acted upon by an unbalanced force. As defenders we make the assumption that the offense is going to stay in motion at the same speed. So when they don’t, we’re surprised.

Here are a few key game moments during which to pull out the hesi:

Hesi move examples from the WNBA and NBA

Let’s check out a few examples of the hesi being used in the WNBA and NBA to create space and get off good looks.

One type of hesi is the simple pause which WNBA Champion and Chicago Sky point guard Courtney Vandersloot shows here. With this move you’re making the defender think you’re letting up and no longer a scoring threat, or that you’re going to pass. Once their momentum shifts in your direction you can make the read on how to best blow by. This simple pause gives Courtney the advantage she needs to take a quick first step and get by.

Minnesota Lynx point guard Crystal Dangerfield is on the attack here, and sees her defender is going to cut off her line to the basket. So she hits a cross over, but the defender keeps up and is about to meet her. In order to get her defender off balance, Crystal pauses and fakes a shot, causing the defense to shift their momentum forward as if to block the shot. Then Crystal is able to blow by.

Here are a couple ways to get more comfortable with the hesi.

Put the ball on the ground at half court. Start leaned over and low to the ground like a runner on a track, with your hands on the ball. Bring it off the ground and forward as quickly toward the basket as you can. You must hit one hesi before scoring. Get 3 makes in a row.

Stand with a partner next to you at half court. Put the ball on the ground. As the offensive player you begin with your hands on the ball, low to the ground, bringing it off the ground and forward as quickly toward the basket as you can. You must hit one hesi, before trying to score. The defense can start playing as soon as they see you picking up the ball. Switch offense and defense as you make or miss. Play up to 3 total points by 1s.

Stand with a partner at the top of the 3, with your partner next to your waist. Your partner is on defense but must stay on your side. Your goal is to use only changes of speed (including hesis) to get a layup at the basket – no other moves. Switch offense and defense as you make or miss. Play up to 3 total points by 1s.

First drill: Freestyle. Hit a shifty move at the first cone. Then hit any stop move and attack the basket. Change up the finish every time.

Second drill: Have a coach or teammate give your audio cues to work on reaction.
1 = Drive. 2 = Midrange jumper. 3 = Shoot the three.

Third drill: Simulate a live look with guided defense. Work on reading the defense and making the right decision.

Fourth drill: Put it all together and play 1v1. You have to hit a stop move before you can score.

Master the hesi move in basketball

Now you’re ready to add one of the sickest moves in basketball to your game! Do your best Bugs Bunny. Up next, learn about the push cross move and check out some handling drills to practice as home.