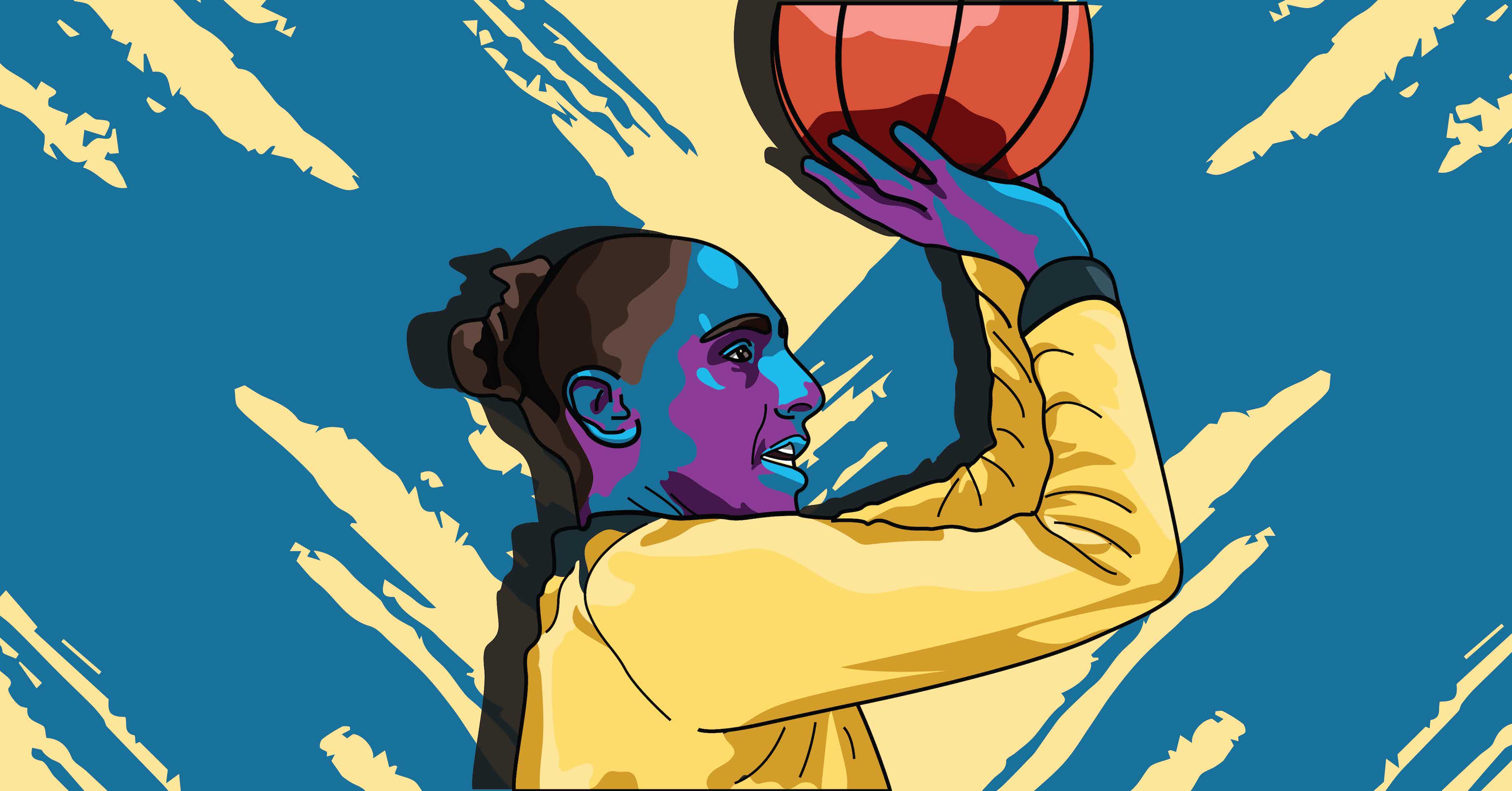 In the summer of 1994, American women’s basketball needed a new plan: and that new plan would become WNBA history.

After years of dominance on the international stage, the USA Basketball Women’s National Team earned only a bronze medal in the 1992 Barcelona Olympics. And limped to a third-place finish in the 1994 FIBA World Championships. Losing to Brazil in the semifinals. And then eking out a 100-95 win over host-nation Australia in the bronze-medal game.

America had invented the sport more than a century earlier, but the world, it seemed, was catching up. As the 1996 Atlanta Olympics loomed, America’s basketball leadership demanded nothing less than a gold medal on US soil.

Why did the WNBA start?

At the same time, NBA commissioner David Stern, spurred on by then-NBA attorney Val Ackerman, was in search of ways to expand his league’s reach while also promoting the women’s game. The NBA had first sponsored an event for the Women’s Basketball Coaches Association in 1990. And Stern had taken note of the passionate and expansive group of basketball professionals working outside of the NBA and men’s basketball in general. He wanted to support that group.

In 1995, as the US women’s team, led by coach Tara VanDerveer (Stanford), embarked on a yearlong, 52-game international training camp to prep for the Olympics, the foundations were being laid for a new professional women’s basketball league at home.

Organized, large-scale, competitive women’s basketball in the United States dates back to 1972. When the Association for Intercollegiate Athletics for Women named its first collegiate national basketball champions (Pennsylvania’s Immaculata University). The Women’s Professional Basketball League (WBL) launched with eight teams in December 1978 but folded in the summer of 1981.

The NCAA held its first women’s basketball national championships in 1982 (Louisiana Tech took the title). And the women who rostered for the US national basketball team in the mid-90s had honed their skills at NCAA DI schools such as Tennessee, USC and Texas Tech. But after graduation, their professional prospects were limited to international leagues, like the Russia Women’s Basketball Premier League or Australia’s Women’s Professional Basketball League.

US basketball leaders surmised that the absence of professional opportunities was to blame, in part, for the national team’s losing ground. The intense and far-reaching training camp of 1995-96 would stir up support and hopefully lead to gold in Atlanta. But what next? The country’s long-term success in the sport would be greatly improved by a viable professional league.

When was the WNBA founded?

In the meantime, on April 24, 1996, the NBA Board of Governors approved the creation of the Women’s National Basketball Association, one critical part of the WNBA history timeline.

In the leadup to the 1996 Summer Olympics, the USA Basketball Women’s National Team had gone 52-0 through their world tour. They charged into the Atlanta competition having played together for nearly 12 months as a cohesive unit. The team went 7-0 through the Olympics opening round, quarterfinals and semifinals, only to be matched against Brazil, also undefeated, in the finals on Aug. 4. In a rematch of their heartbreaking semifinals loss in the 1994 World Championships, the Americans cruised to a 111-87 victory, winning the gold medal, and redemption.

Three days later, on Aug. 7, 1996, David Stern appointed Val Ackerman as the first president of the newly formed WNBA. The first season was slated to start in less than a year.

Leslie, Swoopes and Lobo readily channeled their Olympic popularity into the WNBA’s groundbreaking marketing campaign, “We Got Next.” (Leslie has since admitted that right from the start, she had not expected how big the WNBA would be.) Ackerman and her team had already secured broadcast partnerships with ESPN, NBC and Lifetime Television.

What were the WNBA’s original teams?

But unlike the NBA’s fall/winter season, the WNBA would play in the summer to avoid conflict with NBA games and so that the WNBA would compete against fewer popular sports overall. (The summer schedule also allowed WBNA players to sign with leagues in other countries during the off-season.)

WNBA games would take place on the same courts with the same dimensions as the NBA teams used, except with a closer three-point line. Likewise, the players’ uniforms would resemble the NBA style of the time: tank tops and loose shorts to allow the athletes’ free movement—and to avoid suggestion that the players were in any way intended as eye candy.

Stern himself is credited with suggesting that the official WNBA ball look distinct from the NBA’s monochrome orange. To help the WNBA ball stand out, they decided on an alternating pattern of oatmeal and orange. The ball, produced by Spalding, was a regulation collegiate size, making it one inch smaller in circumference than the NBA ball.

Now that the rules were established, it was time to determine who would play, and for which teams.

Who was the first WNBA player in WNBA history?

In what month and year did the WNBA begin play?

The very first WNBA tipoff took place on June 21, 1997, at the Los Angeles Great Western Forum, home to the LA Lakers and now, the LA Sparks. The Sparks’ opponents in this first-ever WNBA game were the New York Liberty, a classic East Coast/West Coast matchup.

The crowd at the Forum totaled 14,284 and included local luminaries like Lakers Legend Magic Johnson and Penny Marshall, the director of A League of Their Own. The ceremonial jump ball, thrown up by Ackerman herself, pitted the Sparks’ Leslie against Liberty center Kym Hampton.

In the opening minutes of the game, after missed shots by both teams, Sparks guard Penny Toler, an eight-year veteran of overseas professional leagues, scored the first-ever WNBA basket. At the final buzzer, the Liberty had taken the game 67-57.

Over the next two months, the eight teams of the WNBA each completed their 28-game regular seasons. From June 21 to Aug. 24, there was a WNBA game being played on nearly every single night. Exactly two months and a day after the inaugural game, in the waning days of its first-ever regular season, WNBA attendance surpassed 1 million.

The 1997 season’s four-team playoffs consisted of the Houston Comets, the Charlotte Sting, the New York Liberty and the Phoenix Mercury. On Aug. 30, Sheryl Swoopes and her Houston Comets defeated the Liberty 65-51 to become the first-ever WNBA champions. Comets’ guard Cynthia Cooper, who’d already played professionally abroad for ten years, led the league in points per game, averaging 22, and was named the league’s first Most Valuable Player.

Houston’s inaugural 1997 WNBA championship was the beginning of a dynasty. Led by the “Big Three” of Swoopes, Cooper and Tina Thompson, the organization would go on to win four straight championships. They remain tied for most total championships by a WNBA franchise.

Does the NBA own the WNBA?

Having founded the league in 1996, the NBA collectively owned all eight original WNBA franchises. But in 2002, the NBA as a league sold each individual WNBA franchise to its NBA team partner or to third-party owners.

As a result, other independent entrepreneurs were now permitted to create additional WNBA teams based in non-NBA cities—or, in some cases, to move existing WNBA franchises to new homes. For example, the Utah Starzz moved first to San Antonio, Texas, and then to Las Vegas. The franchise, now known as the Aces, is owned by MGM Resorts.

Under NBA collective ownership, the WNBA expanded by a total of eight teams from 1998 to 2000 (Detroit, Washington, Orlando, Minnesota); under independent ownership, two additional franchises were added in 2006 (Chicago) and 2008 (Atlanta). While some teams, including the Houston Comets, have folded in the last 23 years (the league total now stands at 12 teams), others have flourished.

What is the purpose of the WNBA?

Having generated its own distinct branding and fan base, the 2020 WNBA final set a record for television viewership. Even as the NBA finals saw historically low numbers during the same time period. The WNBA has also produced a bevy of household names over the years. Including Diana Taurasi, Sue Bird, Candace Parker, Breonna Stewart, and many more. The inaugural WNBA All-Star Game in 1999 drew a capacity crowd of 18,649 to Madison Square Garden. And was broadcast live on ESPN.

This kind of energy and enthusiasm, building for more than 20 years, has created a foundational shift in women’s American basketball. In a reversal of the early 90s’ exodus of US players to overseas leagues, now international players flock to the WNBA for the highest quality competition. American college stars have a homegrown professional league to aim for. And today’s young women can look forward to being paid to play alongside and against the best women’s basketball players from around the world—all on US soil.

Since 1996, the USA Basketball Women’s National Team has won gold in every single Olympics.

And the rest is history.

Know you know everything about WNBA history

From the story of the WNBA’s founding, to its first players and teams, you’re now a bonafide WNBA history buff. Up next, learn more about the WNBA logo and rebrand.

Written by Hannah Wallace, a Division 1 soccer player and contributor to Sarasota Magazine.

Would you be willing to send a $5 tip to our Venmo tip jar because it helps support this site and our reporting? @megsterr.