How Many Fouls to Foul Out in the WNBA 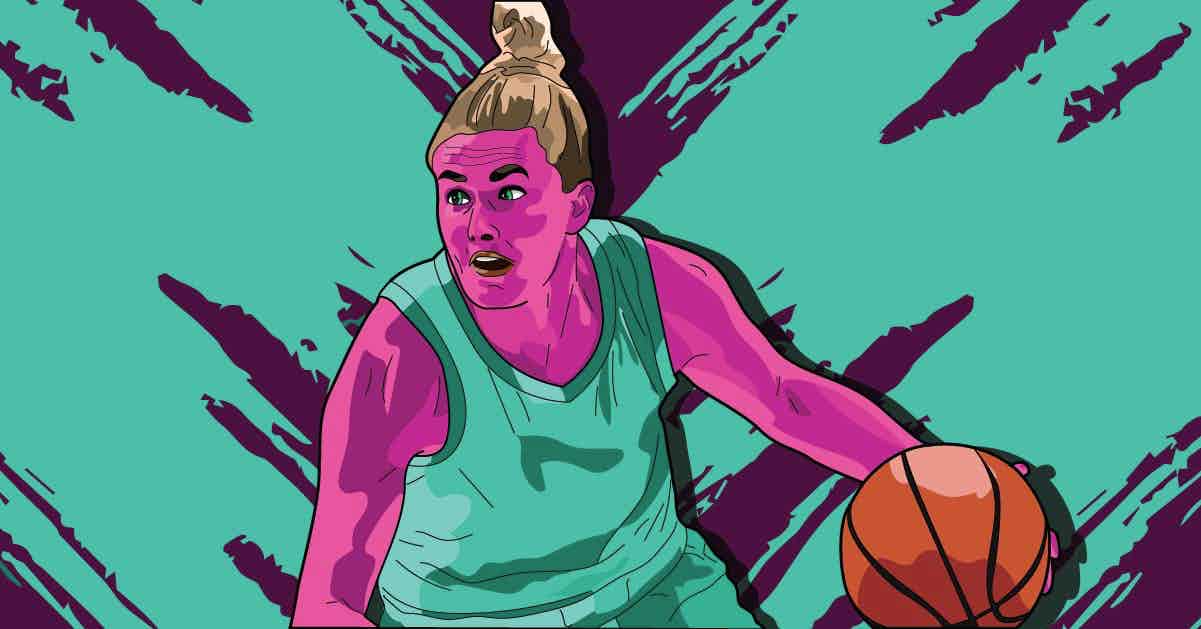 Last night Seattle Storm bested New York Liberty 79-71. The Liberty currently stand at last place in the league with a 1-6 record. “We’re not executing. We’re just turning the ball over. …I liked our fight, but we don’t execute like we need to.” recapped Liberty head coach Sandy Brondello highlighting some of the team’s offensive woes. Sandy also lamented there were difficulties on the defensive end as well: “It’s discipline. Not putting our hands in and doing our work early. It’s putting your body in front and not your hands.” As she highlighted, part of the Liberty’s difficulties were a result of Stefanie Dolson, Sami Whitcomb, and Natasha Howard fouling out of game. So today, we’ll take a look at how many fouls it takes to foul out in the WNBA.

Plus, we’ll share which WNBA players lead the way in terms of racking up fouls across history and so far this year. The active WNBA with the most personal fouls probably won’t surprise you (hint: she’s the GOAT)! We’ll look at WNBA foul trends over the last few years. Finally, we’ll also dive into the types of fouls that can be assessed and the resulting penalties.

Discover how many fouls to foul out in the WNBA

Sometimes staying in the game can be half the battle. Whistle-happy refs can dramatically influence end results. Key players can be minimized on the defensive end or see more time on the bench, as they wrack up fouls throughout a game. The opposite is also true: bigs can get hammered without any foul calls, hurting their offensive impact. WNBA center Liz Cambage once told reporter Holly Rowe, “The referees let undersized post players, guards do whatever they want to us. We get harassed every night. I walk away with slaps, bruises all over my body every night.” First up, we’ll cover how players foul out in the WNBA.

Can you foul out in the WNBA?

Yes, you can absolutely foul out in the WNBA. Once a player hits their sixth personal foul they “foul out,” and are out of the game.

In the WNBA’s 2022 Rule Book, RULE NO. 3—PLAYERS, SUBSTITUTES AND COACHES states: A player is disqualified from the game when she receives her sixth personal foul. No team may be reduced to less than five players.

So the only exception to the fouled-out player being out of the game is if their team only has five players. In that case, they stay in the game, but get hit with a personal foul, team foul, and technical foul. A player is widely considered to be in “foul trouble” or at risk of fouling out, once they get three fouls in an WNBA game’s first half or four in the fourth.

Who has the most fouls in WNBA history?

In just 2022, Queen Egbo currently holds the record for the most personal fouls, coming in at 34:

Skylar Diggins-Smith, Marina Mabrey, and Diana Taurasi hold the record for the most technical fouls so far this year with two:

Overall fouls are on the rise year over year, with 12.3 per 100 possessions in 2022 versus 11.01 in 2021. The increase stems mainly from more loose-ball fouls, non-charge offensive fouls, and shooting fouls called.

However on the whole across the last ten years, the league has held pretty steady in terms of overall fouls called per 100 possessions.

This year, the rise so far may be attributed to the season being only a handful of games underway and players needing some time to re-adapt, plus a new class of rookies. In fact, Indiana’s rookie-heavy team leads the way in terms of overall foul calls.

Up next, we dive into the types of fouls players can get.

Explore the types of fouls in WNBA basketball

There are four main types of fouls in basketball: personal, team, technical, and flagrant fouls. It should be noted though that team fouls have no influence on a player fouling out. The WNBA’s 2022 Rule Book covers the types of fouls in Section IV—FOULS. Here we’ll cover the acts that earn specific fouls, and share what the penalty is for each.

A common personal foul is just illegal physical contact. For example, pushing, blocking, or hitting another player in the act of shooting. The contact has to happen after the ball is live and before the period ends. Otherwise the personal foul won’t be called, unless it was unsportsmanlike.

In the WNBA, personal fouls include common fouls as well as flagrant fouls. However, technical fouls are not included in the personal foul count.

Personal fouls are called when a player:

They can be called whether the player is on offense or defense:

Offensive personal fouls: An offensive foul is illegal contact, committed by an offensive player after the ball is live and there is team control. Offensive fouls are most commonly called for charging or illegal ball screening. The rule book says: A dribbler shall not charge into an opponent who has established a legal guarding position, or attempt to dribble between two opponents, or attempt to dribble between an opponent and a boundary, where sufficient space is not available for illegal contact to be avoided.

Defensive personal fouls: A defensive player can’t initiate contact when guarding a player with the ball including, but is not limited to, forearms, hands or body check.

If there’s a personal foul that happens during a jump ball, it’s ruled a “loose-ball” foul. A loose-ball foul is illegal contact after the ball is alive when team control does not exist.

Technical fouls are called on someone when there’s excessive or unjustified contact, or unsportsmanlike conduct that’s detrimental to the game by any team member on the floor or seated on the bench. Critically, an official can assess a technical foul without prior warning at any time.

A technical foul gets called for unsportsmanlike tactics such as:

Here’s an example of Diana Taurasi getting a technical after “speaking” with the officials:

Other technicals aren’t considered quite so egregious including:

Team fouls include defensive and loose ball fouls (not offensive fouls), as well as certain technicals and flagrants. Each team is limited to four team fouls per regulation period without additional penalties. Once a team hits five the team is in a penalty situation. As a result, the player from the other team gets one free throw attempt plus a penalty free throw attempt (basically up to two shots, depending if they make the first one).

A flagrant foul is unnecessary and/or excessive contact committed by a player
against an opponent, whether the ball is dead or alive. These are fouls that can potentially injure someone.

If contact committed against a player, with or without the ball, is interpreted to be
unnecessary, a flagrant foul—penalty 1 will be assessed. A personal foul is charged to
the offender and a team foul is charged to the team. One example is an away-from-the-play foul, which is illegal contact by the defense in the last two minutes of each period, and last two minutes of any overtime periods, which occurs deliberately away from the immediate area of offensive action, or prior to the ball being released on a throw-in at any point during the entire game.

If contact committed against a player, with or without the ball, is interpreted to be
unnecessary and excessive, a flagrant foul—penalty 2 will be assessed. One example is a punching foul, which is a punch by a player which makes contact with an opponent,
whether the ball is dead or alive.

Here’s an example of Diamond DeShields getting called with a flagrant 1 foul:

If a violation and foul occur at the same time, the foul takes precedence. When two officials differ on a foul they conference and try to make the correct call. If no resolution is reached it will be treated as a double foul: when two personal fouls are committed by opponents against each other at the same time.

What happens when you foul out in basketball?

When you foul out in basketball you must exit the game. Basically your game is over. The only exception is if your team doesn’t have five other players that can play. If they don’t, you stay in the game.

Foul fines in the WNBA

Fouling out doesn’t directly result in a suspension or a fine at the WNBA level. However players can incur fines or suspensions through the specific fouls that they commit during the game. Here’s what the WNBA rule book states:

When foul penalties are assessed, players have to line up for the free throw in a specific order. Here’s a quick breakdown for positioning during a free throw attempt for fouls:

Fouling out can definitely impact the results of a WNBA game. With a better understanding of each type of basketball foul you can notice the behaviors that lead to players being called. Up next, learn how long a WNBA game is.